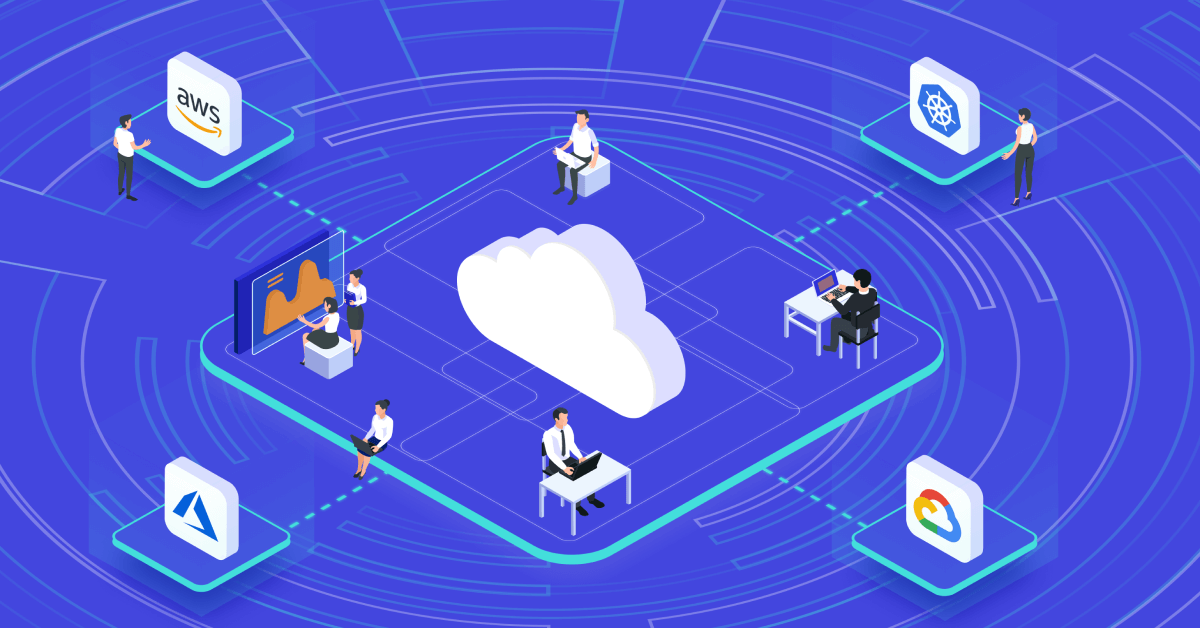 Over the last five years, this term has become the biggest buzzword in tech since “cloud” and now it also applies to a separate branch of software engineering and delivery methodology.

DevOps (the merge of Development and Operations) is all about the incorporation of development and IT operations aimed at delivering applications and services quickly, and enabling continuous deployment, centralized monitoring, and centralized logging at the same time. To achieve those goals, DevOps teams must use methods that can reduce going back and forth between development, operations, and customers, ensure fast feedback through the DevOps pipeline, and ultimately speed up deployment. DevOps automation here is a key component of those methodologies.

Automation Is the Name of the Game

If you want your organization to be agile and efficient in the fast-pacing business environment, you better automate. The truth is, the longer it takes to accomplish routine manual tasks, the less flexible your organization is. Cloud infrastructure automation is no longer a luxury but a necessity, and it should be in place even if a DevOps transformation isn’t.

Now, DevOps may mean different things to different companies, or different people, but at its core, DevOps means a company culture that supports and prioritizes continuous delivery. This is an approach to application development and delivery that embraces the ability to deploy application changes updates at a moment’s notice. In a continuous integration and delivery environment (CI/CD), applications must always exist in a deployable state, and to achieve it, both development and operations must be integrated and highly functional. This is where microservices automation is a bare minimum and here is why.

As the networked world expands, and the borders of corporate networks mesh with the borders of the cloud, the number of physical and virtual entities that require management also expand exponentially. To deal with all those resources and tasks manually would be cost-prohibitive and virtually impossible, but with cloud automation tools, you are able to amplify the performance of individuals to meet that demand. And for workers, this can be a godsend, as it takes over the dull, repetitive tasks that make up a huge chunk of their workload and let them focus on the business of DevOp as a service.

Besides, the development teams need resources readily available at all times (especially if we’re talking about multi cloud ones) to avoid scheduling conflicts and meet deadlines. The IT’s primary goal in a DevOps environment is to make sure that dev teams don’t run into any network, applications, or hardware bottlenecks, don’t weaken cloud security, and don’t need to go back and forth from one department to another. Because in reality, there are always conflicts and barriers as a side effect of human intervention.

As of 2018, only nine percent of technology professionals, responsible for the development and quality of web and mobile applications stated that they had not adopted DevOps and had no plans to do so. Seventeen percent of respondents stated that their company had fully embraced DevOps, which is a new norm in the software field. 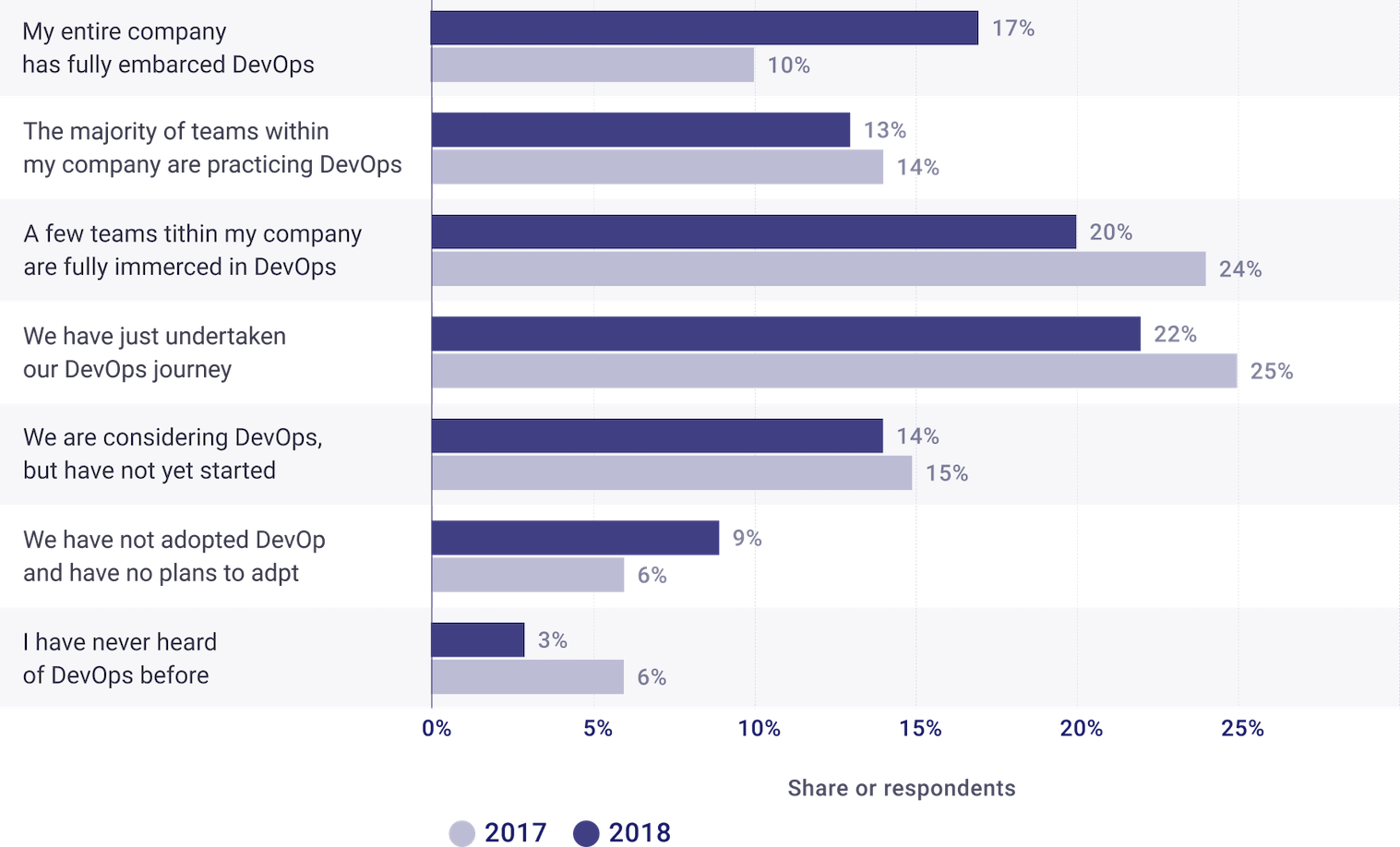 It’s clear that DevOps becomes a trend in high-tech companies. But it’s also important to note that just because someone has written a few scripts doesn’t mean they can spearhead a successful automation initiative. Building useful IT automation that saves time, reduces DevOps cost, cuts down on errors, and doesn’t require a lot of maintenance is a lot harder than it seems.

When implementing cloud microservices automation, it’s important not to bite off more than you can chew. Remember that it’s always better to give the job to experienced DevOps professionals and choose the right tool to achieve your goal within the set time.